"For I know the plans I have for you," declares the Lord, "plans to prosper you and not to harm you, plans to give you hope and a future."

A Few Words About Us

Cutlass Grille Restaurant specializes in Jamaican cuisine. It is an independently owned family restaurant that provides delicious fresh cooked home style food. The restaurant has been a true labor of love. Shawn and Rachel started this journey 30 years ago, when they casually discussed opening a restaurant after retirement. Shawn grew up helping his mom cook classic Jamaican dishes. Not only did he love to learn the cuisine, he also had a natural talent to replicate everything his mother cooked. He has spent the last 30 years cooking for his wife, children, grandchildren and extended family members and friends. Shawn and Rachel attribute his talent and love for cooking as a gift from God. They came up with the name “Cutlass Grille” early in their marriage in honor of Shawn’s Jamaican heritage. A cutlass, also referred to as a machete, is used as an everyday tool used for farming in the islands.

In 2005, Shawn, Rachel and their children started working the concession circuit on weekends. They served their signature dish, Jerk Chicken and Jerk Pork. Shawn was eager to cook jerk chicken the same way it is cooked in Jamaica. In 2010, Shawn was laid off from his corporate job. After praying, they decided to open a restaurant. They opened a small restaurant in the Greenbrier area of Chesapeake. The restaurant quickly became a favorite with locals. They put their hearts into every aspect of the business. Shawn cooks every dish as if he’s cooking for his family. They moved to their current location in 2013. 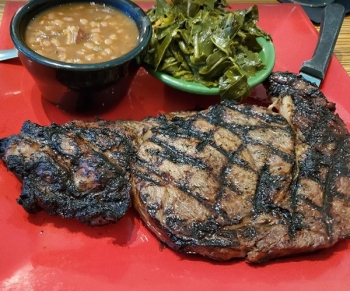 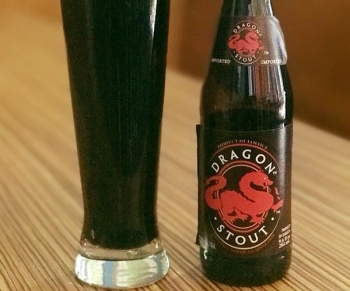 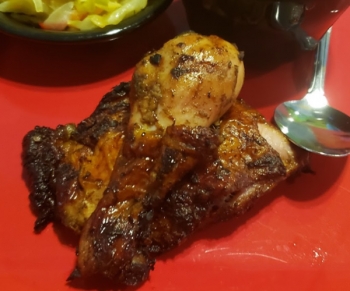